How Condition Monitoring Saves You Money

What if you spent a couple million dollars for a new piece of equipment for your job site, and then had to pay a quarter-million dollars more because a small part had failed, causing a total engine failure?  What if that scenario could have been avoided with a predictive diagnostics system?

The 793C is a big truck. At more than 44 feet long and 25 feet wide, it has a payload of 240 tons.  It is a workhorse and having this truck unexpectedly out of service would be costly for the company.  “This truck runs seven days a week, hauling material out of the mine,” said Tyler Andersen, condition monitoring supervisor for Wheeler Machinery.  “It would have been a serious setback for the company if this truck were taken out of production by a catastrophic failure while hauling ore.  One of the most costly repairs is an unscheduled major failure on a haul truck.” 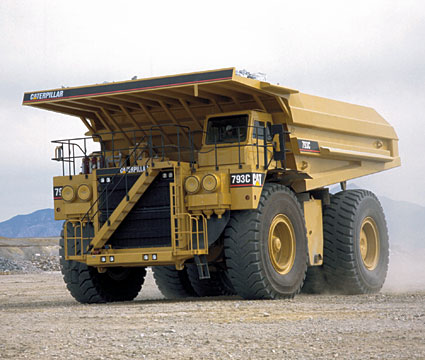 Luckily for this mining company, their 793C has a predictive diagnostic system.  The Condition Monitoring Analyst assigned to monitor the data from the system recognized an issue and sent an alert to the mine site supervisor when the engine oil pressure started dropping drastically.  Because of that alert, the mine site supervisor immediately shut down the truck and was able to prevent a $257,000 repair.  Instead, the initial problem, a failed fuel injector, was replaced and saved the company over $255,000.

Conditioning monitoring services are provided as part of Wheeler’s effort to help customers save money and downtime by creating opportunities for “repairs before failure.” “We want to add value to the products we sell and service,” said Leon Ernest, mine site supervisor for Wheeler Machinery.  “We believe that our customers appreciate things like the Condition Monitoring Analyst because it makes them productive and profitable and helps them avoid costly situations.”

To learn more about a Condition Monitoring Analyst and how if help you “repair before failure,” click here.

What would you like to see on our blog?  Tell us in the comments below!

See how much you can save on select Cat® machine models when you use your exclusive LMN discount.

See how much you can save on select Cat® machine models when you use your exclusive USCC discount.

See how much you can save on select Cat® machine models when you use your exclusive FB discount.

Strictly Necessary Cookie should be enabled at all times so that we can save your preferences for cookie settings.

If you disable this cookie, we will not be able to save your preferences. This means that every time you visit this website you will need to enable or disable cookies again.